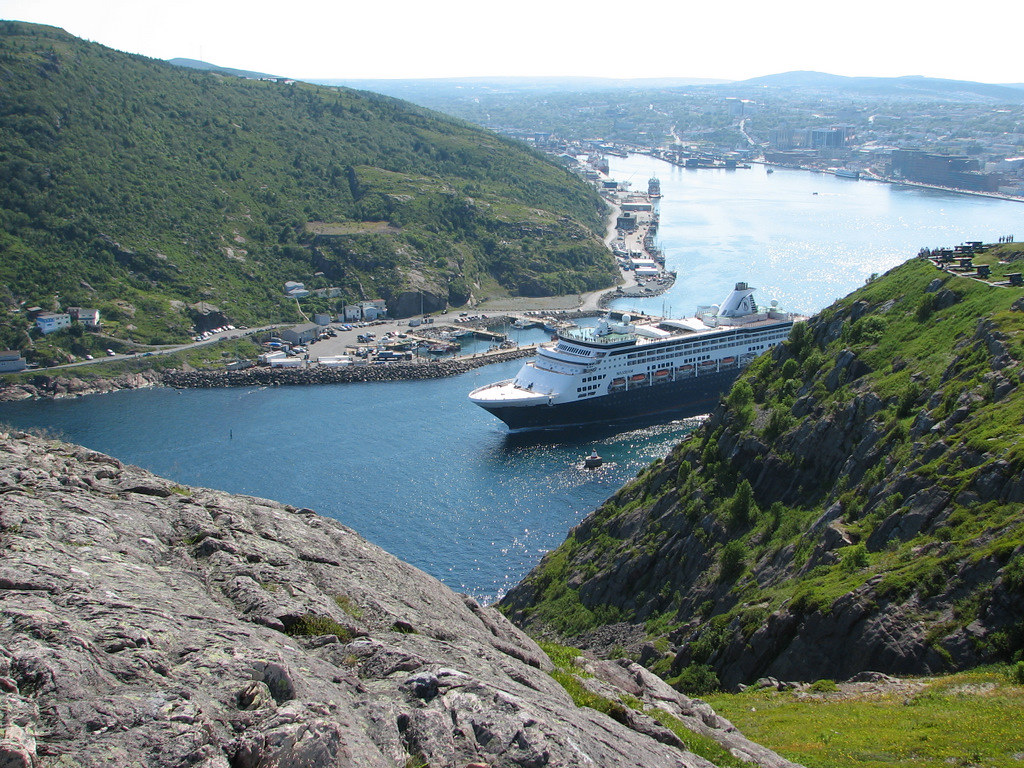 See where we have been and where we
are going.
60 cruises and counting.

I’ve been cruising since I was 17, and am happy to say I've sailed 45 times. I love sitting on a balcony, looking at and listening to the ocean.

My husband Dave and I have found a second home on Azamara. This upscale, two-ship, boutique line is a part of the Royal Caribbean family.

We‘ve sailed on the Azamara Quest and Azamara Journey six times and have been all over the world with them. Our itineraries have included the Caribbean the Med, Black Sea, Asia, Norwegian Fjords and the Antarctic. We’re hoping for a Japan, China, Korea trip with Azamara this spring. They have wonderful and varied itineraries with lots of overnight stays and special ship-wide evening events.

What's so special about Azamara? Many things actually, but mostly the small size of the ships makes special things possible. They hold about 690 passengers if totally booked. You get to know many more passengers and crew on this size ship. Dave and I have recognized passengers from one sailing to the next. The other fantastic part of sailing with Azamara is the amazing crew. These people are hard working and dedicated to what they do. They love to recognize you and welcome you back as part of the family. The smiles on their faces are not phony and painted on, and they truly enjoy giving wonderful service (as tired as they may be from the long hours).

Azamara also has the greatest Captains and officers at sea. They are engaged with the passengers and are happy to sit down and have a cup of coffee with you.

Another great thing about a small ship and great Captains is that they can be flexible and spontaneous. For example, last year on our trip in Norway one the passengers told Captain Johannes that his cousin had a farm on the coast that produced local cheeses. And that the farm was on our way to the next port. We made a short stop where he sent a small crew to meet the cousin and purchase some of the cheese. It was at the breakfast buffet the next morning!

On our fantastic Antarctic sailing in January, we had such amazingly smooth waters that they launched a zodiac with the staff photographer and some crew so they could take photos of the ship from an iceberg. The staff brought back a small piece of iceberg for the Captain which was presented at a senior officers cocktail party. I got a small ice cube size piece which was then made into my own authentic Iceberg Martini!! You definitely won't get that on a larger ship.

To be honest, the cabins are fairly standard. However they have been nicely updated. Most cabins (except for the suites) are 172 square feet with a small bathroom and shower. The mattresses have been upgraded. Because the ship is so small, you can be outside on a public deck from anywhere in a minute or two.

But small doesn’t mean you will miss out on the amenities. There is plenty of entertainment onboard, just on a smaller scale. The shops are adequate (but the merchandise tends to be expensive). They have a very nice spa and fitness area as well.

As far as dining, they don't skimp. There are 5 venues where you can get something to eat. The main dining room, buffet area which is excellent any time of day, 2 specialty restaurants with surcharges (hopefully they will get rid of those some day), and the Mosaic lounge which has specialty coffees and snacks/desserts.

What I hear most from clients is how other ships nickeled and dimed them once they boarded. You don't have to be concerned with that here. Azamara has gone to a more all-inclusive product. Gratuities, wine, a large selections of cocktails, soft drinks, and bottled water are all included. Of course there are still costs for shore excursions, internet access, spa treatments, etc. They even include what they call an AZAMAZING EVENING. This is a one-night, ship-wide shore excursion in a selected port. It could be anything from an exclusive concert to a dinner at an ancient sight.

I can go on and on about Azamara. I have been happy to send many clients with them and can honestly say they have never been disappointed. Give them a try and you won't be either!!

So I need to add some information to this review as my husband and I encountered some problems with the March 3 sailing.
Dave and were scheduled to sail for 14 days from Shanghai to Hong Kong, with stops in Japan, S. Korea and Taiwan. Unfortunately that never happened.
We were flying to Shanghai a few days early to enjoy the city. On our arrival we received an email from Azamara that our trip was cancelled, due to damage incurred on the current sailing. Major bummer!!!
We are to be given back a full refund and a Future Cruise Credit of 75% of what we paid for a future cruise. They would also cover some of the expenses incurred only on the night before we would have joined the sailing. We have not seen the results of that claim but we did get the cruise refund within 2 weeks.
We also made sure that we had trip cancellation for this trip, as we do for every trip. I use Allianz Insurance and have had very positive results with them personally and for clients. Since it was considered trip interuption there will be some money coming back from them as well.
Azamara tried to communicate effectively to the passengers, however I had clients scheduled for this sailing as well, and it was my office that contacted them, and not Azamara. They apparently did a good job taking care of the passengers who were on the damaged ship, which is positive, however I think they could have done a better job with the passengers who were cancelled. The jury is still out.

ANOTHER SAILING ON AZAMARA - August 25, 2015. Southampton to Barcelona. Well Azamara came thru and we booked another cruise this summer. This was a wonderful itinerary with ports and areas that were new to us. We were supposed to go to Gurnsey (Channel Islands) but the weather would not cooperate. But our fabulous Captain Carl was able to get us an extra day and a half in Bordeaux. We also visited St. Jean de Luz, Bilbao Spain, Porto and Lisbon and Gibraltar. Again Azamara did not disappoint in any way. The food and staff were just fantastic.

This was the first cruise that we were on with them since they went to "all inclusive". The only negative there was I think they fall a bit short in this area. While there are 2 selections of wines available daily the list of included spirits was limited. They were very basic brands. However if you wanted to upgrade the brand it was less than usual. Also the specialty restaurants still have an add charge of $25 per person. Also the internet is still quite expensive (as most cruises are). I just think if they are going to do "all inclusive" they should really do it.

Both of the Azamara ships are due for extensive upgrades in 2016. I guess I'll have to check them out when they are completed.

AND ANOTHER- TransAtlantic April 2018 Quest

We love the sea days. Boarded the Quest in Miami . We hadn't been on the ship since it had it's renovations. WOW it was really a gorgeous change. Every space was upgraded with new carpets and furniture. The service was as wonderful as always and if possible the food was better.

Our itinerary was to go to Bermuda and then to the Azores ending in Lisbon. However the weather had other plans. Our wonderful Captain Magnus let us know after Bermuda that there was the potential of very bad weather if we continued to the Azores. He made the decision to change course and head for Funchal instead. It made an extra day at sea for us (which we really don't mind). If you haven't had the chance to go to Funchal put it on the Bucket List. It is one of the most beautiful places. The people were friendly, the food good, and the flowers everywhere were AMAZING! I would go back in a minute.